A top-down action knife-throwing game. Magically manipulate your knife to defeat the PAPER FACES, and see how quickly you can fight through them all.

A run through the game takes approximately 4 minutes.

I have tested the Windows version and the HTML5 version in Firefox. They should, ideally, play identically. The Mac version has been provided since Godot could build one, but I don't have any means of testing it. Play that one at your own risk.

NOTE: The HTML5 version has display issues on Google Chrome and Chrome-based browsers. I'm not sure why that is. The browser version works correctly on Firefox, and the downloadable version should also work properly.

This game was made in Godot Engine 3.2 under game jam conditions from July 10th to July 12th 2020 for no good reason at all, and was not formally created for any particular jam. There is no sound.

I see it as a study in game development, akin to how artists do studies to practice fundamentals. For this, I specifically chose to create a game with no narrative, focusing instead on mechanics.

This was really neat! It was surprising how deep the gameplay felt even with just WASD+LMB+RMB and some good AI. Major kudos to you for getting something functional and fun in 2 days!

Having just played Control, the knife recall mechanic was pleasantly similar to the game's psychokinesis "Launch" power, which lets you do stuff like pull a chair from behind someone to hit them on its way to you. At first it seemed inconvenient that the knife would aim where I was when I started the recall, but it turned into a really cool indirect aiming mechanic. Cool game!

Nice, this was fun! I managed to finish in 5:08. Is the intention to have the player figure out their own preferred playstyle? I ended up mostly throwing out my knife and then slowly retracting it since I could retract, wait for the enemy's iframes to finish then retract again to hit it a second time.

If I'm interpreting your question correctly, then yeah, I think so. At least, I didn't intend on there being a 'correct' way to use the knife, and let players experiment to see what's most efficient for them. 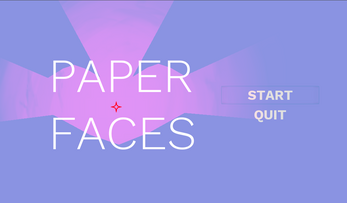 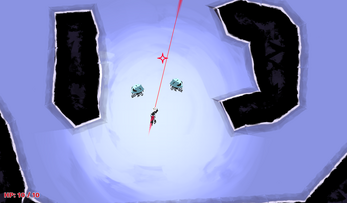